"Working in partnership with Basic Business Systems has helped us achieve our goal and realise the potential of the software."

The company is one of the largest and most successful newspaper publishers in the UK and produces more than 9 million newspapers in an average week.

For many years, the company had been successfully using PC server technology for the production of publications. Resilience and uptime had been managed by using a combination of RAID technology and redundant servers that could be brought on line relatively quickly.

However for two key reasons this strategy was not going to be good enough to meet the future requirements. The Group IT Director, goes onto explain:

"We had reached a position that if a server failed at the wrong time of day, we would not have time to bring it back on line, so we needed to consider real time redundancy cost of the critical nature of producing newspapers. We needed a sophisticated resilient system that was simple to support."

Basic Business Systems Ltd have supplied computer products and services to the company for more than 15 years. Working with Basic, a number of options were identified. These systems were evaluated with the company's strategy in mind, resilience but with a low cost of ownership.

Double-Take Software was chosen based on its simplicity when failing over to backup servers and its flexibility of configuration. Double-Take sat neatly in the background of the Windows server and did not effect the server efficiency or flood the network with traffic when replicating data.

Double-Take replicates data in real-time transactional mode. It has the ability to efficiently replicate SQL Databases and Exchange servers and as it replicates at bit level (i.e.data changes only) the bandwidth used between servers is very minimal. In the event of a source server becoming unavailable, the target server will produce a prompt Window requesting a failover process.

The system was also tested with key Editorial and Advertising systems and was found to work perfectly with some minor modifications. The target servers do not need to match the exact configuration of any of the source servers it is backing up, just as long as it has sufficient processing power and disk storage.

Having met the criteria the Group IT Director made this assessment:

"Basic provided a simple and effective solution, which provides protection to our critical data and significantly reduces the risk to the business from server failure. Working in partnership with Basic Business Systems has helped us achieve our goal and realise the potential of the Double-Take software."

How we can help

Based in Nottingham, in the East Midlands, we have been supporting, implementing and managing IT systems, software and providing IT Support for over 30 years. Our track record speaks for itself.

We have helped many customers improve their business systems. Let's see whether we can help you!

To talk about your needs and requirements please get in touch. 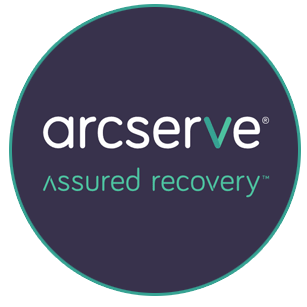 Arcserve as an alternative